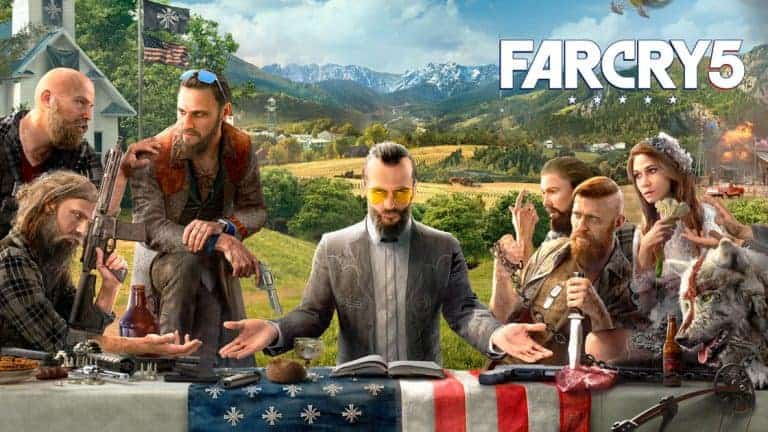 As we begin we’ll first have to state that this is by far one of the best open-world games 2018 has to offer gamers without a doubt. As has been with all the others, Far Cry 5 also begins with an escape. However, in this latest installment not only does it feel like the Deputy, our hero, but is also escaping cult maniacs in Eden Gate. It also kind of feels like the series is trying to escape its present limitations. This new Far Cry feels like it’s moving further away from the idea of the ‘Ubigame’ concept as well as the ghosts of its predecessors.

In this new Far Cry instead of taking down bad guys in the Himalayas, you’ll be dealing with murderous cult members in Rural America. However, they didn’t live up to what they could’ve potentially done with this. Having the game set in America had the potential of offering so many things, to say the least. Instead, all they came up with is a murky story and mediocre themes that rarely give any real purpose and meaning. Nevertheless, it certainly seems like Ubisoft is willing to tweak and play around with Far Cry 5 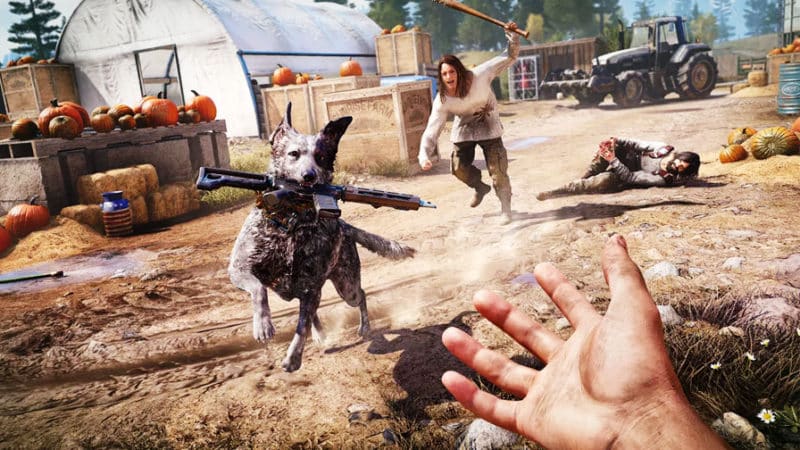 In this one, you begin as a sheriff’s Deputy and are assigned to a task force that has been deployed to the fictional Hope County in Montana. Roaming rural America may be less exciting and less exotic as a secluded mountain or a tropical island. But its humongous open-world still offers a lot you can do and get into. The caves, lakes, rivers, forests, plains, valleys and mountains of Hope County are still as exciting as ever

Far Cry 5, the rural American outback and how it plays out

Much has been said when it comes to the move Far Cry has made to the rugged Montana landscape. But Ubisoft has managed to make their open-world an unsettling and strange mirror of present America. In their world, craziness lurks on every corner and ordinary folks can become unlikely heroes. For all the Rockstar-style satire, kooky characters, sandbox ultra-violence and gung-ho action this game still has a lot to say. Even though most of the time it isn’t quite clear what that is. Perhaps they were just a tad bit too careful about what they’re trying to say sometimes.

Nevertheless, it is almost unnecessary to say this but this open-world is one that has been intricately designed and filled with beauty. It has its own vibrant characters and busy ecosystems as well. But hey, this is the Gadget Gang and it just wouldn’t be us if we went a little further with that; this incredible world has plenty to explore. Play it on PlayStation 4, and the atmospheric volumetric lighting, lush vegetation and mountain scenery create some truly stunning visions. Not to mention, when all of hell breaks loose, some outstanding firefights 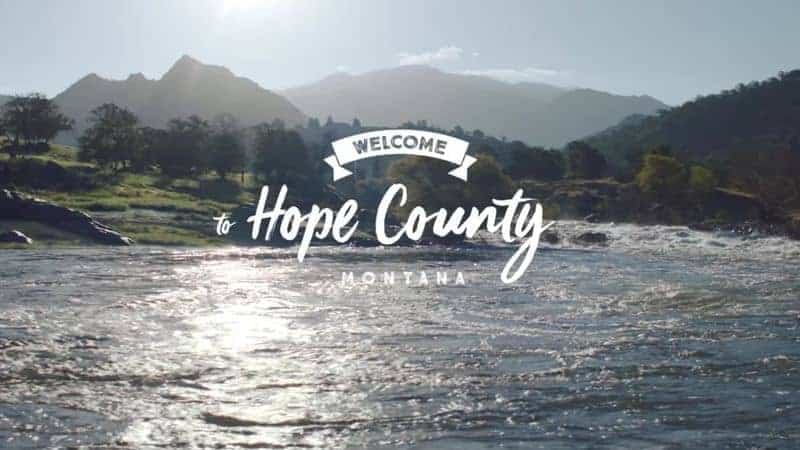 However, underneath all that, there is still that feeling that the new deviations made on this new Far Cry only go so far. Some mission designs are simply excellent, particularly when you need to play out some key set-pieces. Unfortunately, though, there are still plenty of activities that are repetitive you’ll need to complete before Joseph and his many heralds can be drawn into making their next move. A large amount of your time will be spent taking over and assaulting cult outposts, rescuing cult abduction victims, destroying silos and roadblocks and attacking cult convoys. Also, it has a rather organic flow of action.

How does the general gameplay feel?

While their emergent recipe when it comes to game-play still remains addictive as ever, there’s a considerable amount of sameness to everything. The weapons available to you, the objectives you need to accomplish and the now seemingly cliche supernatural dream sequences all resemble the previous two Far Crys. There’s nothing really surprising in store for you. Playing it is still a blast though and combat brutality continues to be as satisfying wherever you are.

The main quest structure is a bit different in the sense that before you can reach Joseph Seed, you’ll have to draw and take out his three lieutenants first. Oh, and they happen to be his siblings by the way. Each of them has their own piece of Hope County they rule over. Freeing captives, liberating outposts and otherwise murdering their mojo will give you the Resistance points needed to get to all of them. This progression system is fun in that it allows you to visually track your progress by watching as your Resistance Meter slowly fills up 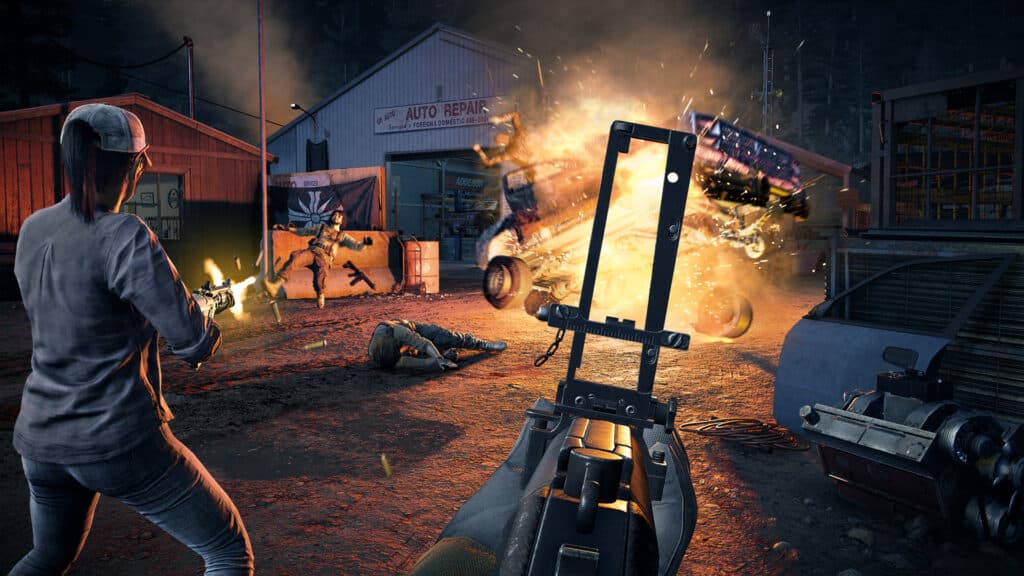 Each of the top four cult leaders has their recruitment tactics as well as unique personalities. They all make for suitable villains. The only female boss, Faith Seed, might just be the most interesting of them all. She uses ‘Bliss’, a drug that causes hallucinations, on her victims. These moments end up among the most visually interesting scenes in Far Cry 5. Also, in this one unlike most of the other previous instalments, you don’t spend that much time alone. Its predecessors had more of like a one-man-army vibe while this one doesn’t.

This game is another wide open-world playground type game that has all the ingredients necessary if you want to cause a real ruckus. There are plenty of explosions, loads of allies and enemies as well as lots of temperamental wildlife. Amidst all the craziness and insanity involved it still manages to produce a serious story accompanied by respectable characters, not forgetting a very powerful ending. Sadly though, it may not be the most memorable of them all, but it manages to hold its own. The successful transition they made to America’s backyard from the exotic locations we’ve grown accustomed to leaves us excited over the possibility of what next. However, for now, we only have this one and the Gadget Gang says it’s certainly worth a try. 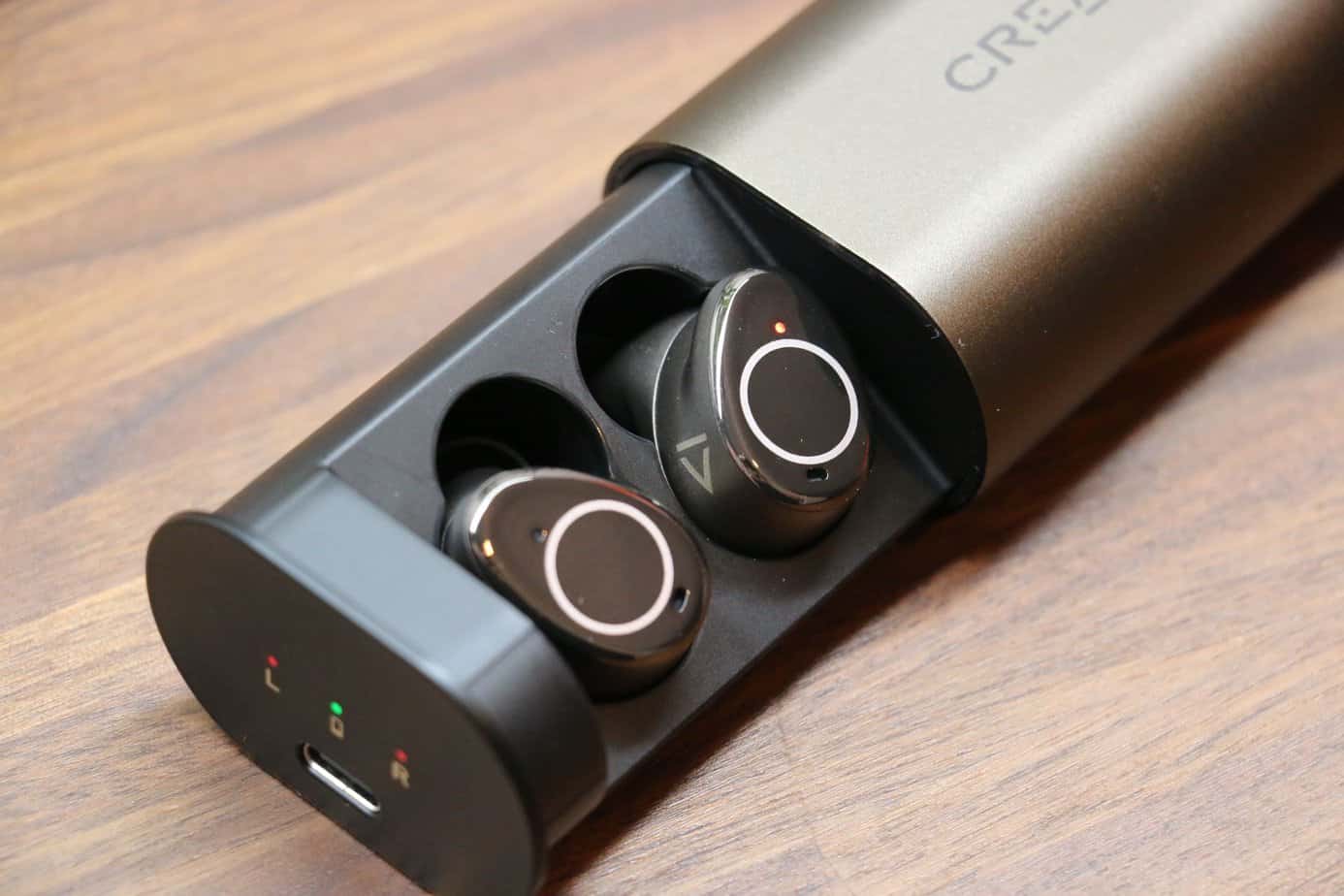 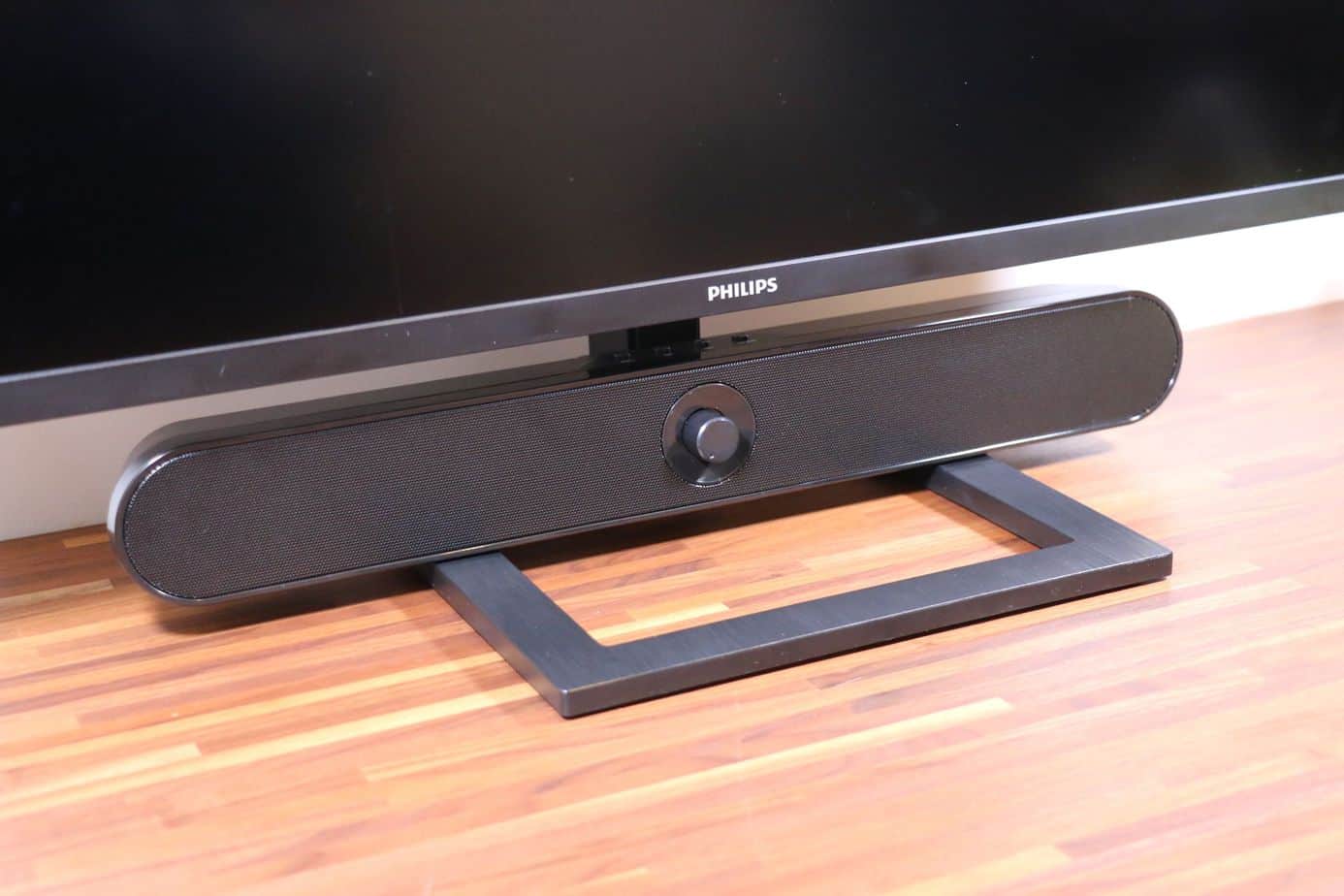 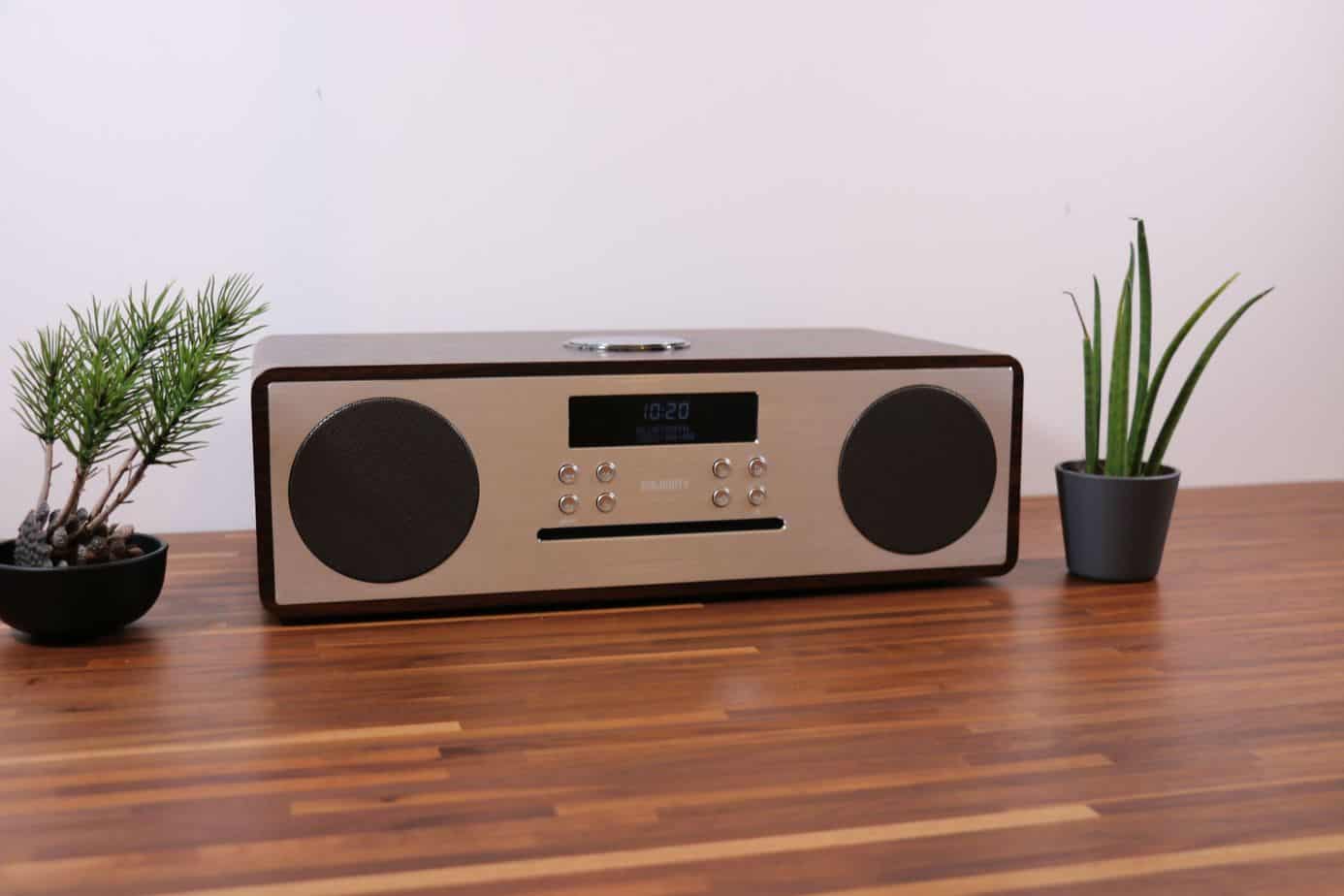