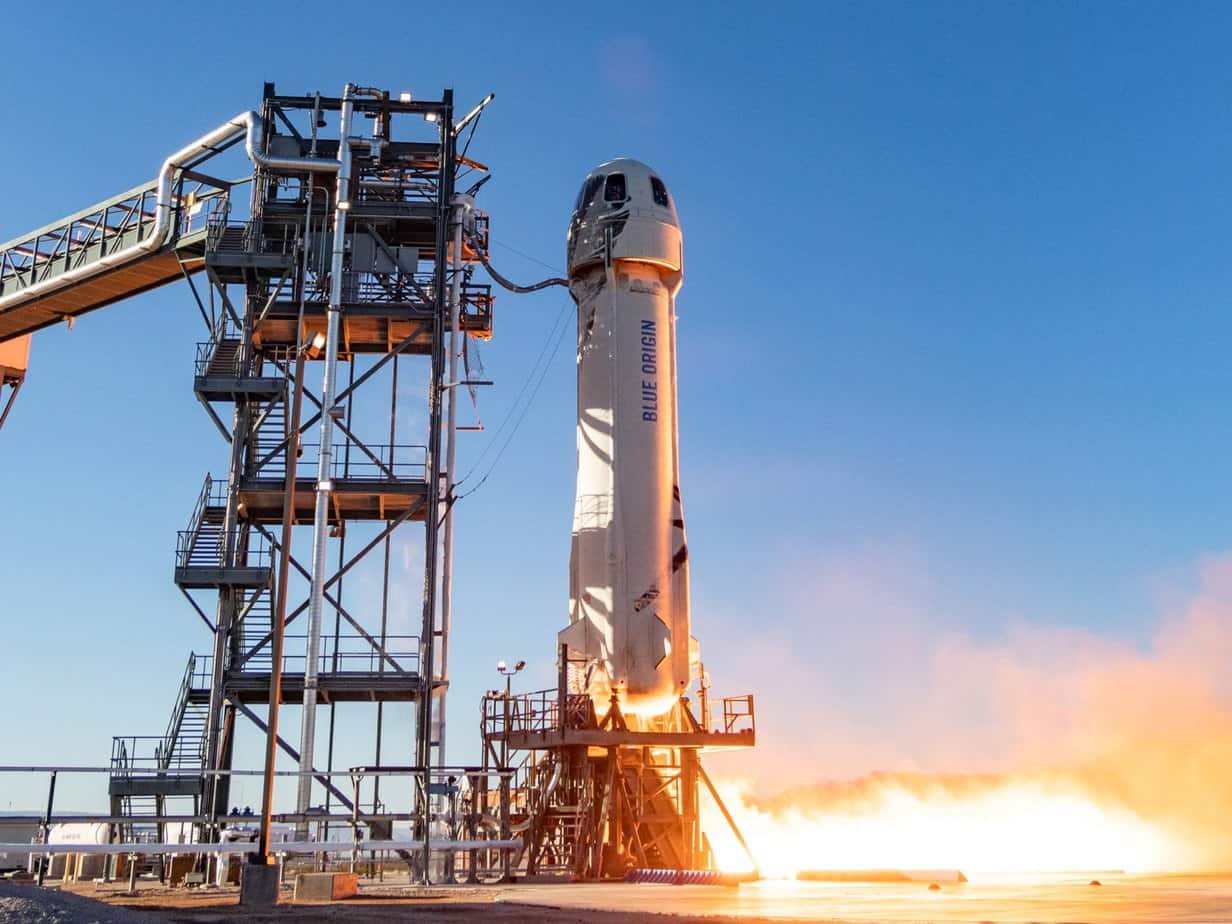 Blue Origin have successfully tested a new rocket that has been built to take humans on a mission to the Moon again in 2024. The test flight happened at Blue Origin’s test facility near Van Horn, Texas.

The space company owned by Amazon founder Jeff Bezos has developed the New Shepard booster, which is able to land upright upon returning back to Earth.

On its test flight, the spacecraft was equipped with sensors, a computer, and software which has been specifically designed to aid spacecraft with precise landings on other planetary bodies.

This isn’t the first test for Blue Origin’s New Shepard craft, it’s undergoing extreme testing having carried out seven already, and aims to be able to one day take humans on short “sub-orbital” trips.

The rocket will aim to take space tourists on trips around 100km above the Earth, in a capsule fixed on top of New Shepard, and will enable tourists to experience microgravity. Aside from experiencing microgravity, tourists will also be able to take advantage of the largest window ever sent into space, allowing for great views of our planet.

The rocket was able to perform a precise landing in testing this Tuesday, and the capsule also parachuted down successfully, paving the way for more advanced testing and future progress.

“Today’s flight was inspiring. Using New Shepard to simulate landing on the Moon is an exciting precursor to what the Artemis programme will bring to America,” said Blue Origin’s chief executive Bob Smith.

“We’re taking the best of Nasa sensor developments across the agency, one or two commercial offerings, putting them on the propulsion module (rocket) of New Shepard,” said Stefan Bieniawski, senior engineer at Blue Origin.

“What’s really valuable about the propulsion module is coming all the way back from space and doing a propulsive landing, which is very akin to what we want to do with the lunar landing.”

The craft is the product of a contract which was awarded to Blue Origin by NASA, with the sole intention of creating a lander which could see the return of Humans to the Moon, for the first time since 1972.

NASA will attempt to send a man and woman to the South Pole on the Moon, as part of its Artemis project – which could symbolize the beginning of a lasting human presence on the Moon.

Jeff Bezos continues to expand and push into other industries.