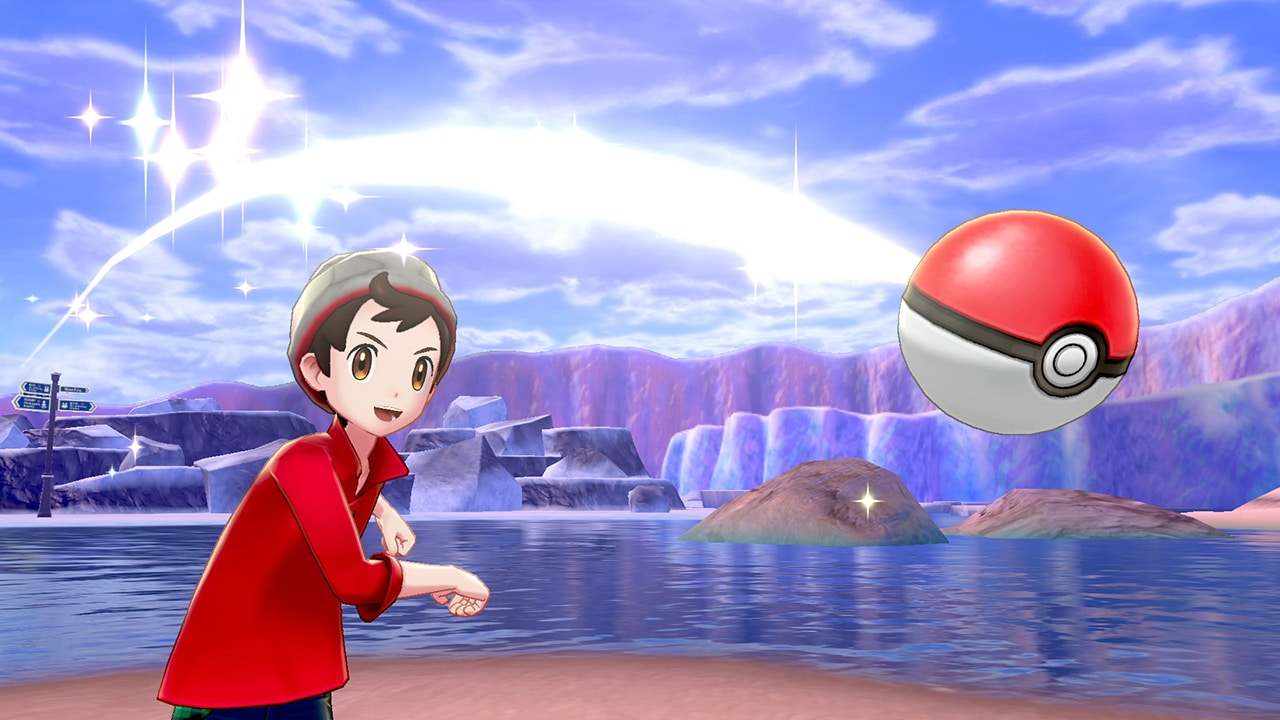 Pokemon Shield and Pokemon Sword will be released in late 2019, from what Tsunekazu Ishihara said. Those in the possession of a Nintendo Switch will be lucky to try out the new Pokemon games and become the best trainer in the whole world using a multitude of Pokemons and exploring new and exciting areas in the game. The new area will allow players to train their perfect team and become the best with never-before-seen Pokemons. We can only wait and see ourselves what will be the new Pokemon surprises, but for now, here are some of the most interesting facts on Pokemon Shield and Pokemon Sword.

The new generation will be represented mainly by the cute Scorbunny, confirmed to be a fire type; the shy Sobble, using its chameleonic abilities in the water and the jumping Grookey, a curious grass-type monkey. I can’t wait to see what they can do in the game, as each one of them has different abilities and potential, from what I can see in the trailer. It’s going to be interesting if we manage to finish the game 3 times, just to see how each one of them acts in every scenario and how we can pair them with other Pokemon.

Pokemon from other generations

You can see even from the trailer that there will be Pokemon from past generations as well. Some of our favorites have gone into battles, with the likes of Pikachu, Hoothoot, Wailmer, Lukario and Tyranitar taking the spotlight in the small trailer. There will be a battle to have the best Pokemon in the region and there seem to be a great selection from a lot of Generations in this game.

Our hope is that we will revisit some of the best, if not all of them in Pokemon Shield and Pokemon Sword, making it a true challenge to capture them all. I hope that even one of my personal favorites will be included in this game (*wink*Snorlax*wink*), after the apparition of Munchlax in the trailer. Using Body Slam will give me an immense sense of satisfaction. Assuming that the Pokemons shown in the trailer will have their evolutions in the game, it means that around 37 of them are confirmed for the roster.

There are quite a lot of generation representatives from what we saw, so we just hope a whole bunch of Pokemons will be present in the game. This would mean a lot of tactical diversity and very different teams depending on how you want to build your own. Up until now Pokemon from generations 1, 2, 3, 4, 5, 7 are present, alongside the three starters from the Kalos region. With the addition of other Pokemon as well, you will be able to have your own unique and dominating team.

Having the previous Pokemon games as an example and taking inspirations from other versions, you can expect to find new Legendary Pokemons at the end of both games. There is no official record to show that new Legendary Pokemons will be in the game, but there is a strong possibility that each of the games will have their own unique differences.

We just hope that Solgaleo, Lunala, and Necrozma won’t the last ones. Not that they don’t look cool or anything, it’s just that we want something new from this generation of Pokemon. Even return from other Legendaries, with special events, would be a great thing to see. Events that would generate meetings with other Pokemon would be a great addition as well, and having some of the fan favorites coming back would make the games even better.

We can also expect, although with less certainty, that Meltan and Melmetan will be included in the games, one way or another. Paying attention at the trailer, the carvings in the field, they seem to resemble small Meltans lurking around a rather odd bigger Pokemon, which I can only assume to be Melmetan. We can also add the fact that both of them are said to be from generation 8 and then it becomes more plausible that they will make an appearance in one of the games.

In true RPG-fashion, Pokemon Shield and Pokemon Sword will feature a multitude of clothing options, ranging from everyday wear to more special attires, such as football costumes. The new backpacks also seem to be transferable and there are different choices on what you can wear: you can either use the normal one, on both shoulders or the backpack staying on one shoulder.

Either way, there seem to be more customizable options in this game than in others.

Random encounters are back

While Pokemon Let’s Go Pikachu and Let’s Go Eevee ventured in new territories, Pokemon Shield and Pokemon Sword will feature random encounters. This also adds a little bit of surprise to the game and makes it a little bit more fun to play. You will be able to encounter Pikachu’s, Wailmer’s and other Pokemon in the wild without being able to see them.

And speaking of the wild, the new region of Kalos also features a multitude of climates to explore. From the sunny, beautiful plains to the dark, misty and mysterious depths of the forest, you will be able to traverse long spaces and find the Pokemons that are your favorites.

We only hope that we can catch a Gastly and evolve it into a Gengar before anyone else after delving into the dangerous forest.

With this, we are excitedly waiting for the new Pokemon games to appear, and we only think that all our wishes will be granted in the new games. With other surprises coming from Nintendo later this year, our dreams about having a newer and exciting Pokemon experience isn’t far away. Give us all the Pokemons and we’ll be happy! What are some of the features that you are waiting for? what Pokemons are you eager to catch and what are you expecting of the new region?

Tell us below in the comments.