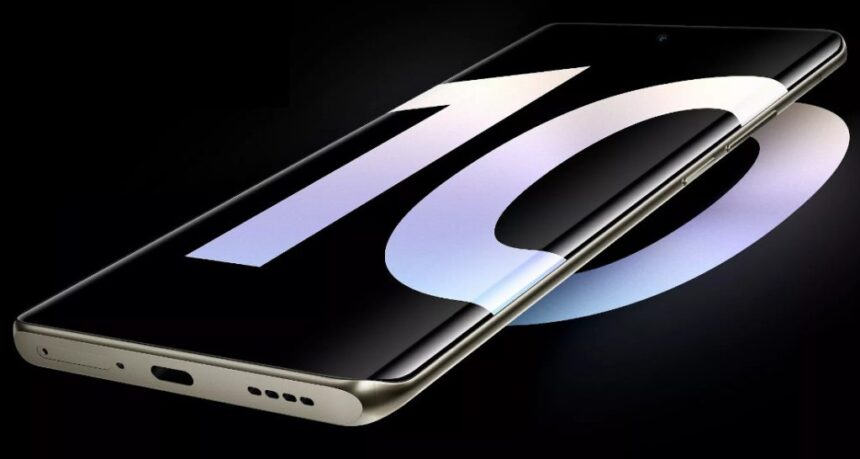 On December 8, the Realme 10 Pro and 10 Pro+, which were revealed last week in China, will set off on a worldwide tour. Except for India, where Realme will host a separate event beginning at 12:30PM IST (7:30AM UTC +8), the launch event will commence at 3PM UTC +8.

The basic edition of the 10 Pro has a very substantial 256GB of storage, which is more than most flagships even provide. It is powered by a Snapdragon 695 chipset that was created using a 6nm manufacturing process. LPDDR4X RAM comes in 8GB or 12GB sizes.

We have a 6.72″ LCD with 1080p resolution up front. The touch sampling rate is 240 Hz, while the screen refresh rate is up to 120 Hz. According to Realme, the screen’s maximum brightness is 680 nits. The side button above the power button has a fingerprint reader.

The Samsung ISOCELL HM6 sensor, which measures 1/1.67″ in size and has 0.64 m pixels and a Nonapixel pattern with nine-to-one pixel binning, is used by the 108MP primary camera. There is a 2MP depth sensor next to it. Inside a punch hole is a single 16MP selfie camera.

With the 5,000mAh battery comes 33W rapid charging. The Realme 10 Pro lacks a microSD slot but features two SIM card slots and dual 5G stand-by compatibility. Realme 4.0 UI, which is based on Android 13, is preinstalled on the Realme 10 Pro and its Pro+ sibling right out of the box. As a result, these are the first Realme phones to ship with the most recent Android operating system.

The phone has 61-degree 2.5D curved sides, a first for the Realme number series and incredibly uncommon across the board for the company’s lineup. The combination of it and the body’s relatively small weight (173 gramme) should greatly improve handling.

Outside of the camera module, the Realme 10 Pro+ is only 7.78 mm thin, but it can accommodate a 5,000mAh battery with 67W charging. Additionally, the company offered a 0.65mm thick ultra-thin protective glass to cover the screen.

The front 6P f/1.75 lens of the 108MP camera. It is followed by a 2MP macro camera for close-up shots at a distance of 4cm and an 8MP ultrawide-angle camera with a 112-degree field of view and f/2.2 lens. Similar to the Pro, the selfie camera has a 16MP sensor and is hidden inside a punch hole.