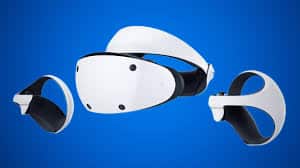 Sony Interactive Entertainment announced today that the PlayStation VR2 headset would be available in every country in February. Pre-orders for PlayStation VR2 will open on November 15 and the game will go on sale for $549.99 on February 22nd, 2023.

With an OLED screen, a 110-degree field of vision, and 4K HDR compatibility, the PSVR2 headgear is a significant improvement over the original. Additionally, it supports up to 120Hz for gaming play and better frame rates. You won’t need to set up extra cameras to follow your motions because the VR headgear includes four cameras incorporated into the front of the display. Similar to the DualSense, the new orb-shaped PSVR2 Sense controllers have adjustable triggers, haptic feedback, and the ability to detect finger touches.

During this initial launch phase for our next-gen headset, players in the U.S., U.K., France, Germany, Belgium, Netherlands and Luxembourg will initially be able to pre-order PlayStation VR2 solely through PlayStation’s online store at direct.playstation.com. Pre-orders will begin on November 15, and players may begin to register for pre-orders starting today. Orders from direct.playstation.com for PlayStation VR2 headsets and bundles will ship throughout the week of launch.“

Although there are almost 500 PSVR games available, Sony has only released a small number of games, and today they added 11 more. Resident Evil 8, Resident Evil 4, and No Man’s Sky will all get VR adaptations in addition to Horizon Call of the Mountain, an original game set in the same world as Zero Dawn and Forbidden West, which appears to be the launch title. There are also plans for VR adaptations of The Walking Dead and Star Wars.