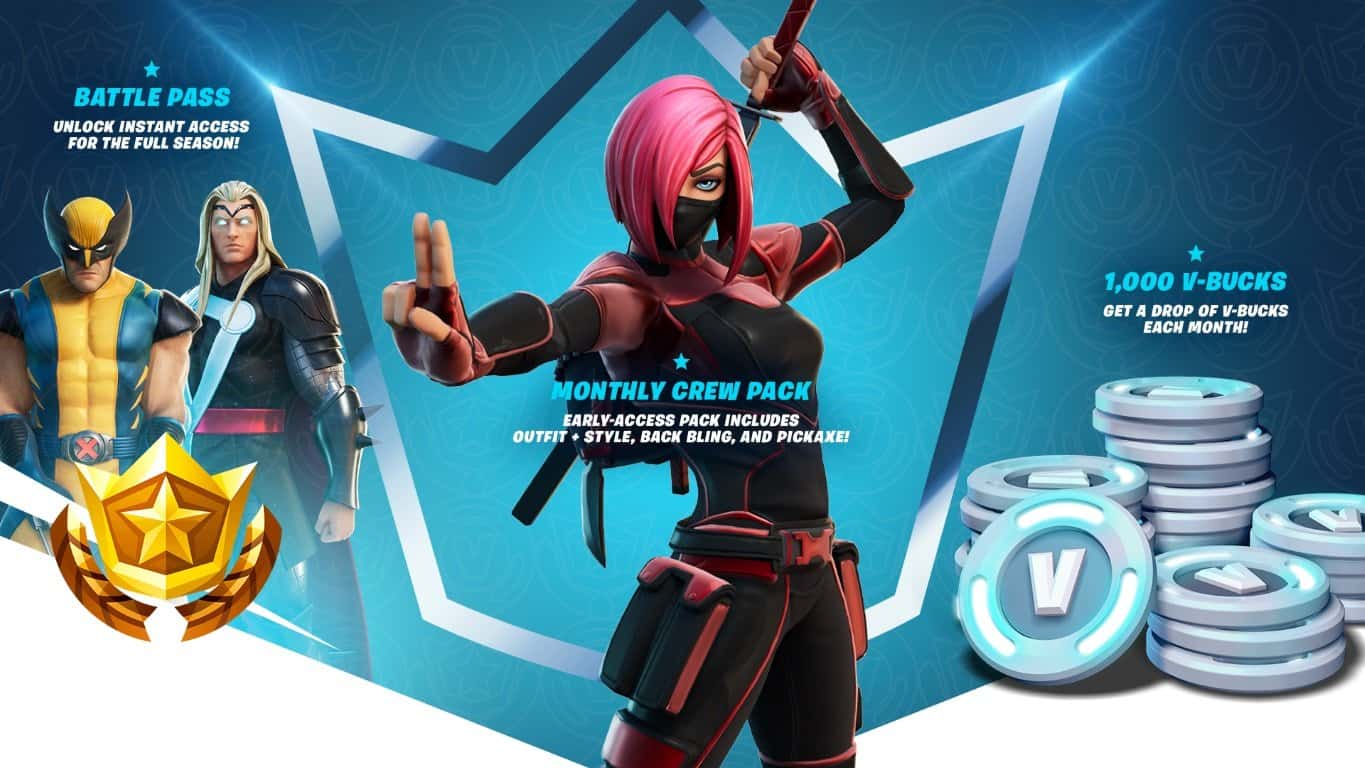 Living in a modern gaming world where multiplayer games are more often than naught seen as a service model, Fortnite is front and center of this. With its lack of loot boxes and cosmetics that offer no tactical advantage to the core game, it does the service part right. However, a new survey could be probing at attracting an entire new market.

Would you pay a Fortnite Subscription fee?

In a survey sent to a select few people, it seems that Epic Games is gauging the interest of people who would be interested in a monthly subscription model for Fortnite.

While the details are scarce, we have an image and a few points to give us a hint of things to come.

Here are the images:

According to the attached images of the survey, they allow subscribers to get the following perks:

These are only a few of the perks mentioned in the image, upon closer inspection of the options in the survey we can see other potential options: early access to the next season battle pass, discounts on cosmetics and more.

Keep in mind, Epic Games at one point did try for an annual pass that would give players the Battle pass for the whole year, but scrapped plans for it. Perhaps this is their way of revisiting that venture?

As unfortunate as it might seem, Epic Games is taking a lot of losses in their litigation with Apple. It turns out that iOS users were a pretty hefty part of the user base.

It seems Epic Games is looking to recoup that lost profit by making a robust new program to encourage loyalty to the game. It isn’t unheard of for games to offer monthly subscription models, but when Epic sorts out the finer details of the deal, this could be a difficult sell to gamers.

Keep in mind, this could all be rumors and be months, if not longer before we see anything come from this.

Let us know what you think of the model in the comments section below!