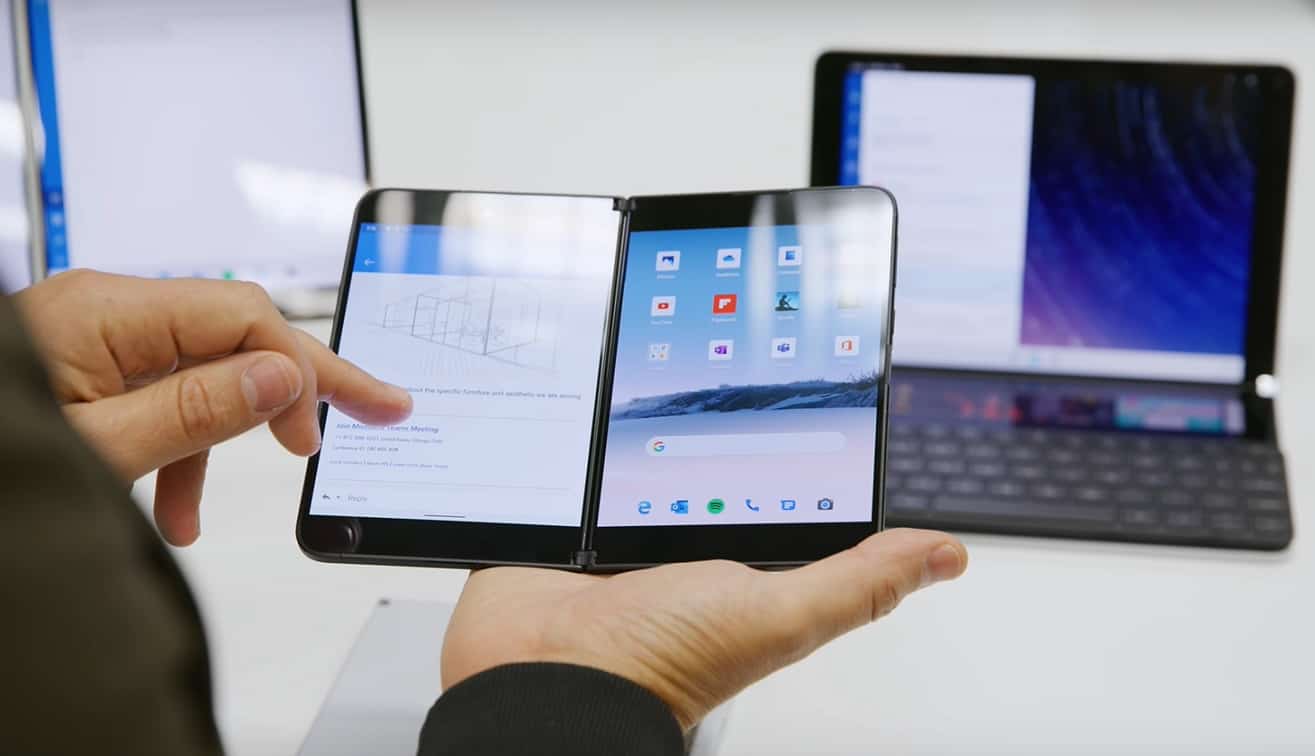 Microsoft has announced that the Surface Duo Andriod phone will be in our hands-on September 10th. With months of rumors around the internet, and speculation in the tech world, the company has finally opened preorders for the phone in selected retailers. With details finally released about the price, and specs, we have everything we need to take a look at the Microsoft Surface Duo.

The design for the Surface Duo was revealed back in October. Back then we had little idea of what the actual specs of the device would be, however, we’ve now been given the full rundown with the preorder announcement. With the secret now out of the bag, let’s explore what Microsoft’s new Surface Duo has to offer:

Are Dual Screens the Future?

The shape of phones has not changed for some time now, with the size being fiddled with to meet our needs. Yet with the introduction of dual-screen phones, the industry is bracing for what could be the next big innovation. Panos Penny, Microsoft’s Device Cheif, had this to say about the new release: “It’s probably one of the sexiest devices we’ve ever built, it does things that single-screen devices can’t do, period.”

Microsoft has stated that all Andriod apps are supported on the new phones. Panos made it clear saying: “Any app has to run,” pointing to an early investment in working with Andriod to make sure all corners of the app store were supported. For most apps, they will simply operate on a single screen, however the capabilities are there for app developers to take advantage of second screen.

What are your thoughts on the new Microsoft Surface Duo? Are you thinking of picking one up?

Let us know down in the comment section down below!