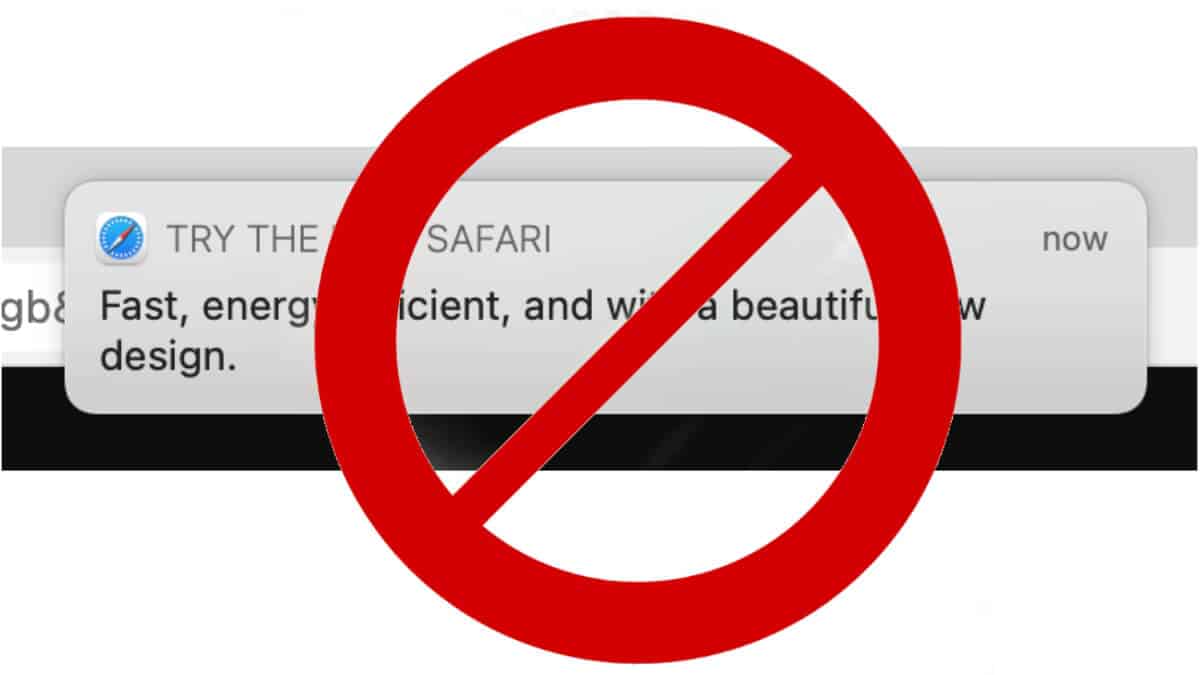 Apple is taking a page out of Microsoft’s push for Edge when it is sending push notifications to Mac users about the benefits of using Apple’s own Safari web browser over other alternatives. While Microsoft has since stopped being pushy with their new Chromium-based browser, Apple might be testing some users patience.

There’s no harm in encouraging the user to use the first-party app over a third-party one, but when it becomes intrusive or a nuisance, that’s when the trouble begins.

According to a lot of users and reports, that’s exactly what Apple is doing.

Microsoft has a history with this sort of behavior. Pushing Edge to Windows 10 users via constant prompts. While a one-time prompt should suffice, it seems that Apple is adamant on taking no for an answer.

Thankfully, there’s a relatively easy solution to this whole situation.

All you have to do is open a terminal window in Mac and run a few lines.

Once you enter the above code, a reboot will cement the changes and stop the troublesome prompts from further pestering you when you are using other web browsers.

While there is no hard in Apple and Microsoft encouraging users to use first-party browsers, it should only be a one-time occurrence like when you used to launch Internet Explorer back in the day just to download Google Chrome.

Many people are not happy with the tech giants choice of constantly pushing to make the browser the default and reminding the user to constantly do so.

Hopefully Apple listens to the community and will make changes to amend their behavior. If Microsoft can learn to take no for an answer, then surely Apple should do so with more haste.

For now, if you are being bombarded with Apple’s requests for making Safari your browser of choice, this GitHub page has a couple of commands for you to try out.

Simply run them in terminal, followed by a reboot and you will no longer face any popups or prompts from Apple.