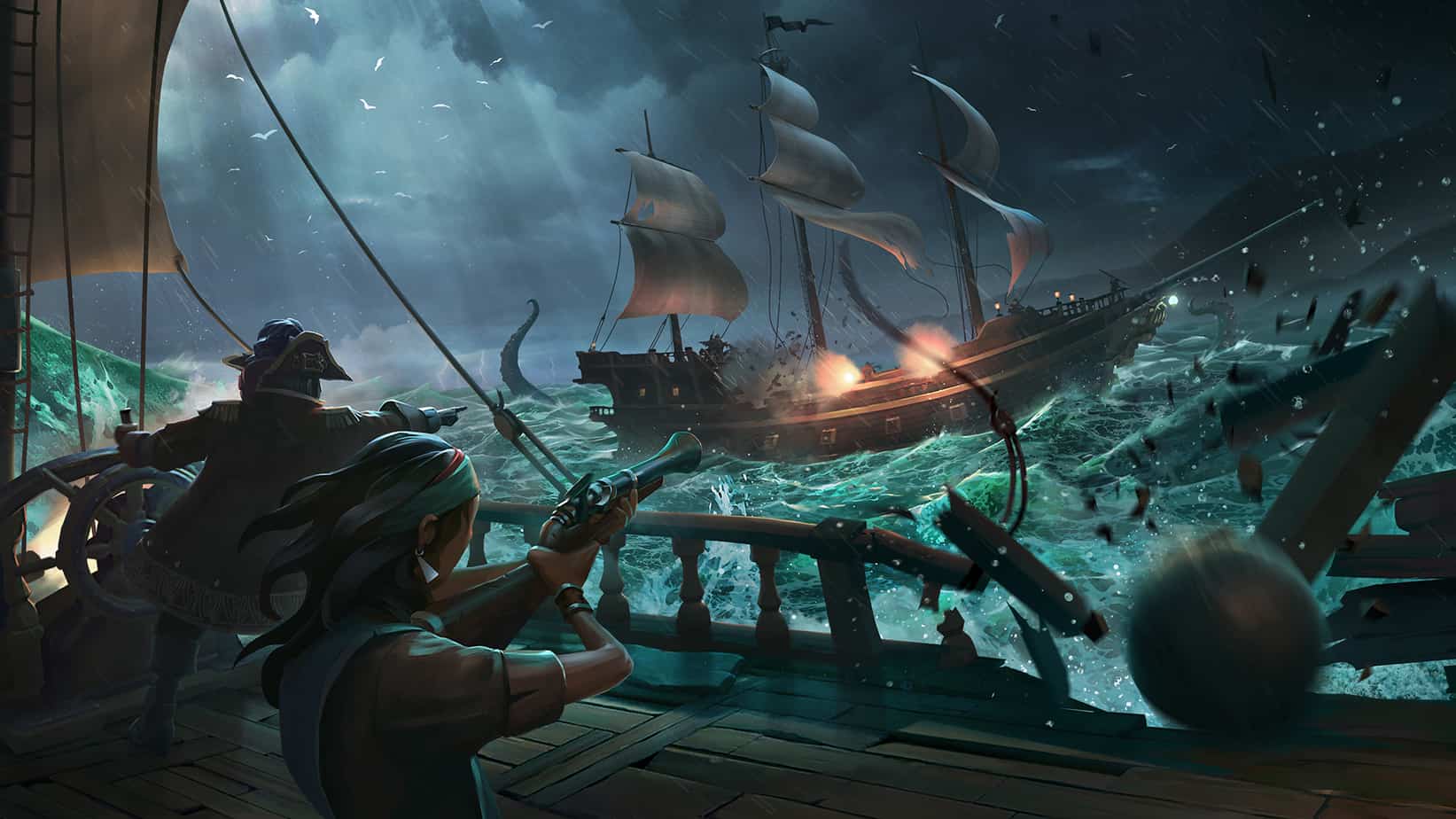 Since Sea of Thieves splashed onto the Microsoft store back in March 2018, the game has received a wealth of content updates, bug fixes, and has evolved incredibly since its inception.

However, no change has rocked the shores of the game more than the announcement that Sea of Thieves was coming to Steam on June 3rd 2020.

This was not the most unexpected announcement, with many of Microsoft’s titles making their way over already. However, some still believed that the cut throat pirate adventure might be locked away forever.

A Quick Rise to the Top

It was likely a clever marketing idea to release the game just before the Steam Summer Sale, and it paid off. Despite not being discounted, Sea of Thieves sat in the top 3 most sold games globally for the entire duration of the sale.

What followed was a reordering of Steam’s player count juggernauts. The game topped almost one hundred thousand players on release, and began to drop steady over the coming weeks. It has now stabilized at a peak for thirty thousand in August of 2020.

So, what does this mean for the game’s future?

In January 2020 Microsoft announced that Sea of Thieves was their “most successful new IP”, bringing in over 10 million players since its release.

Now with the Steam release doing so well, and the game pushing its way into the top ten played games on the platform, it’s set to enjoy development for a long time. It’s unlikely Microsoft will stop support for the pirate mayhem anytime soon.

The Future of The Seas

The game has just received a major content update, with a monthly update schedule being slightly impacted by the COVID situation. Despite this, the game is still receiving regular updates.

There are no plans from Rare to stop development of the game, and fans have begun to whisper about the possibility of a major expansion soon.

Although, it is likely they will continue to follow their current free update business model, and instead keep expanding their cosmetic shop for future funding.

The Pirate Sensation Is Here to Stay

Taking its seat as Microsoft’s most promising new IP, Sea of Thieves is set to continue to deliver chest pounding pirate fun for a long time to come.

Been thinking about getting into the game? Now is a good time!

If you’ve sailed the seas before, tell us about one of your adventures in the comment section down below!