Apple Music, much like any streaming service, can sometimes feel a little laggy. The application feels last-gen in terms of responsiveness, and the stability is utter garbage. Yet, it has somehow managed to survive in a market dominated by giants like Spotify and YouTube music.

So, is Apple Music really that slow, or is there any way to boost its speed? Let’s find out!

Why Is Apple Music so Slow?

Any application slowing down is generally due to the OS it’s running on. If the platform itself is slow, it only makes sense for the application to be slow as well, right? Not quite. There are specific scenarios that can make iOS or iPadOS – or any other Apple-related operating system slow, and most of them point towards temps.

There’s actually more to it than just the device hardware – especially when most of the application architecture exists on the cloud. Sending and receiving fetch requests takes time, and depending on the server’s speed and load capacity, the application can begin to feel pretty slow. Pair that with Apple’s not-so-compatible standard for audio, and it’s a recipe for disaster!

Let’s think about it for a second; will a trillion-dollar tech giant have load issues in its servers? It’s possible, but not probable. Moving onwards with this train of speculation, music files are generally data-heavy. If we assume Apple Servers are doing their best, then that means that the fault lies somewhere between that connection.

Apple operating systems are tuned to provide an experience. However, that ‘experience’ – whether it be gaming music or a lifestyle track, doesn’t necessarily have to be a good one – especially when your devices do not utilize bandwidth to their maximum capabilities.

This results in bandwidth-demanding applications like Apple Music slowing down. While the bump in speed is only minuscule for most, you could experience lags and even freezes – depending on your luck.

How to Speed Up Slow Apple Music?

Since we’ve found the real perpetrator of the issue, it’s time to get rid of it! Unfortunately, though, the tech world isn’t a walk through a flower garden – or in a sense, it just might be. Walking through a bunch of thorns is not most people’s cup of tea.

Therefore, here is a list of all the possible methods you could try in order to ensure you never have to say, “Why is Apple Music so slow?!” ever again:

Most iPhone issues generally stem from temporary software bugs or RAM overloads. Since a fresh reboot essentially re-loads the entire system again, you have a pretty good chance of getting rid of the bug without doing any of the ‘tech-savvy’ shenanigans.

With that said, you would need to press and hold the power button located on one of the four sides of your iPhone.

After a few seconds, a slider will show up on the screen. You just need to drag it from its starting edge to the other one to shut it down.

For the booting process, wait until your iPhone is actually powered off (generally indicated by a black screen – even when one of the buttons is pushed). Press the power button again until the Apple logo is visible, and you’d good to go!

Nowadays, there are several limits imposed on the network connection. Therefore, depending on your internet plan, you might not be receiving a connection that can handle this rate of data transfer. Luckily, ISPs exist, and increasing your limits is just a call away.

However, that kind of investment needs to be justifiable. Therefore, it’s better to diagnose the issue first. Plus, internet package changes are often irreversible, so we recommend you weigh the pros and cons before deciding.

How Much Internet Speed Is “Good Speed”?

We generally recommend an internet plan that can support at least 15 Mbps of data downloads for uninterrupted fun. While most of the applications work fine even with a 10 Mbps plan, the main aim of this quote is to factor in those denser ‘hiccups’ that occur occasionally.

This is mainly because Apple Music is streamed in a lossless format. Therefore, the file sizes can reach as high as 100 MB for a 3-minute duration. Divide that into a per-second rate, and even a 9 Mbps connection will feel insufficient.

Keep your music lists as clean as possible. There’s no need for unnecessary music to load if you’re not going to listen to it. Apple Music is well known to duplicate content at times. While that technically shouldn’t bother you (since everything is on the cloud), it can still make searching and loading music difficult.

Besides, all of this data stays in your device’s RAM from start to end. Therefore, make sure to give it the love it deserves by keeping it tidy – just like your not-so-cluttered work desk.

Needless to say, keeping a few copies of your favorites is fine. You will only really impact performance once these copies start to number in a few hundred.

As mentioned previously, there can be a lot of bugs during the rapid development of programs and applications. These pesky sneaksters can pass through the testing phase and plague everyone’s iPhone until Apple detects them and offers a fix.

Similarly, these bugs can be related to the operating system as well. Either way, it’s better to check for updates, so you can get the latest and greatest from Apple at all times.

With that said, here’s how you can check for Software Updates:

Your device will then connect to the cloud to search for a relevant update. Once downloaded, it will start the update process. Wait for it to patch everything back, and you’re good to go!

Apple Music is linked directly to Apple Servers – since it’s one of their direct services. Therefore, there’s a significant chance of server downtime or outage that may be the cause of your Apple Music application slowing down.

In such scenarios, it’s better to check the server status to know whether the issue really lies on your end or not.

Apple Music is intended to be a freemium application that promises functionality per your subscription plan.

Here’s how you can check whether you’re on the correct plan or not:

If you have an expired subscription plan, we suggest you subscribe to continue availing these services.

Apple Music – or any music subscription service of sorts is not available throughout every corner of the world. There are specific regions that block certain songs, thereby causing your Apple Music application to behave slower than it normally would.

A simple solution is just using a VPN application to reroute your online geographical presence to a different country or state.

8. Uninstall and Reinstall the Application

If all efforts come to nought, then you might want to try uninstalling and reinstalling the application from scratch. This can help resolve potential data-based conflicts that would otherwise be present in Apple Music’s directory. Previously, there was no method of deleting native-esque applications from your iPhone.

However, the recent changes to iOS have introduced many customizability options, thereby giving more control to you – the user.

With that said, you just need to tap and hold on to the Apple Music icon until the Remove App button pops up.

Tap Yes on the confirmation prompt, and head back to the App Store to re-download it.

In essence, the Apple Music application isn’t slow. It just has a higher bandwidth requirement, so it’ll lag pretty hard if your internet is not up to par. You generally don’t need a lot of Mbps under your belt; a stable connection will do just fine.

Posted by Muhib Nadeem
Muhib is a huge anime fan that loves playing and writing about video games and everything tech! As a CS student, he loves to put his skills to the test in strategical MOBAs. You will hear him talk about Apple products and food 24 hours a day!
Leave a comment Leave a comment 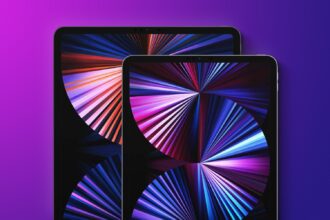 Apple to Unveil its Highly Anticipated iPad Pro Models Today, According to Analyst 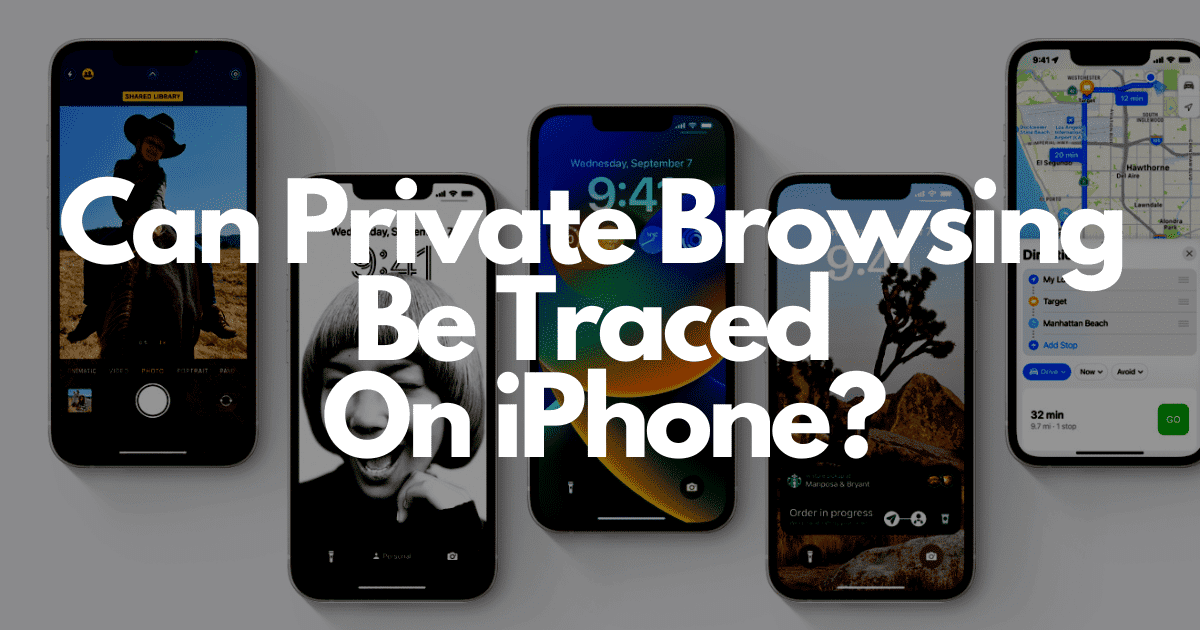 Can Private Browsing Be Traced on iPhone (The Truth) 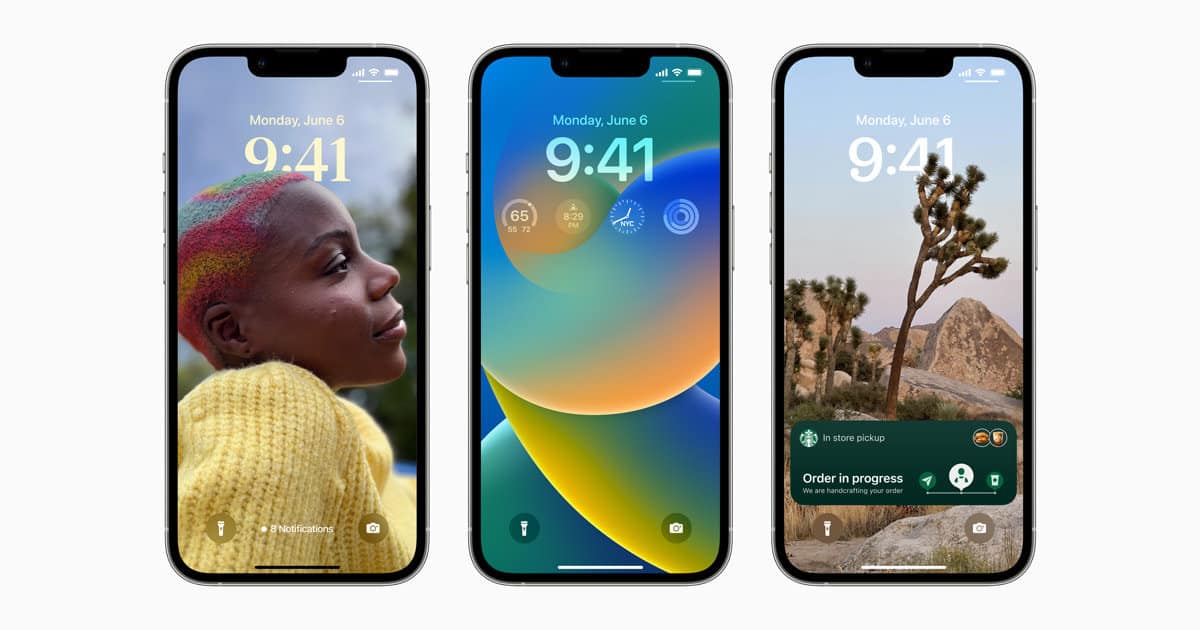